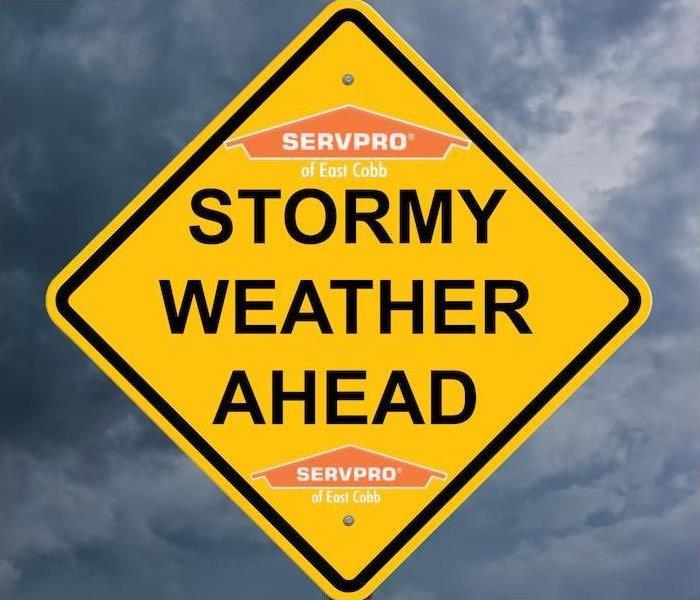 When storms damage your home or business, SERVPRO goes to work to make things right. Contact SERVPRO of East Cobb to start the restoration process.

It’s a well-known fact that 2020 was a disastrous year for myriad reasons. But with all that it entailed, you might not have even had a chance to take in the fact that it was a record-setting year for weather disasters as well.

In fact, of all the years in history for which we have data, 2020 brought us the highest number of disasters.

A weather disaster is defined as an event that causes at a billion dollars in damages, and 2020 had 22 of them, shattering the previous record of 16.

And of course there were many other storms that didn’t reach that high dollar mark, but did plenty enough damage to keep the National Weather Service busy—so busy in fact that they ran out of English names for storms and had to make use of the Greek alphabet for only the second time in history.

Hurricanes are probably the first thought as far as destructive storms go, but they’re not doing all the damage. In fact, the most expensive disasters of 2020 in the contiguous United States were thunderstorms and tornadoes.

Fourteen of 2020’s billion-dollar disasters were thunderstorms, which happen with relatively equal frequency year-round and in locations across the country.

Take one example of the kind of destruction a thunderstorm can do: In August 2020, a seemingly normal line of thunderstorms in eastern Nebraska contorted into a violent derecho (essentially a tornado which unleashes straight-line winds instead of rotating), affecting over 10 million acres of corn fields. That was half of Nebraska’s entire crop, and over 11% of the corn crop of the entire United States.

Locally, we saw our own damage throughout the year, as both a round of tornadoes on Easter and remnants of Hurricanes Sally and Delta made their presence known in north Georgia.

As a home or business owner, you should put in place whatever precautions you can manage to minimize home and property damage and protect your family from thunderstorms. And if those precautions should fail or become overmatched, you’ve got a local SERVPRO office nearby with a team of experts trained and ready to help you recover and restore your property.

*When storms do damage to your home or business, SERVPRO of East Cobb goes to work to make things right. Contact SERVPRO today by giving us a call at(770) 424-0400 to see how we can help!